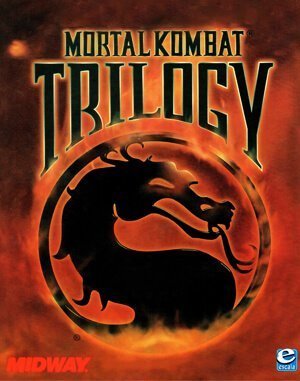 Click here to play Mortal Kombat Trilogy online
3.8 /5
For the first time, certain levels were interactive by allowing characters to uppercut each other through the ceiling where both characters would continue the battle in a different stage.

Mortal Kombat Trilogy features the same gameplay and story as Mortal Kombat 3, but adds characters and stages from the other three arcade games, including Ultimate Mortal Kombat 3. Some completely new characters were also introduced. New additions to the game included the “Aggressor” bar, a meter that fills during the course of the match and temporarily makes a player character faster and stronger. It also features a new finishing move called Brutality, a long combination of attacks that ends with the opponent exploding.

This game is one-on-one martial arts fighting. The player can choose from over thirty different characters, all with their own fighting style and their own special moves. Trilogy differs from the other games in that you can play combinations of people that otherwise isn’t possible, such as old Liu Kang vs. new Liu Kang, etc.

You can play Mortal Kombat Trilogy online here, in web browser for free!