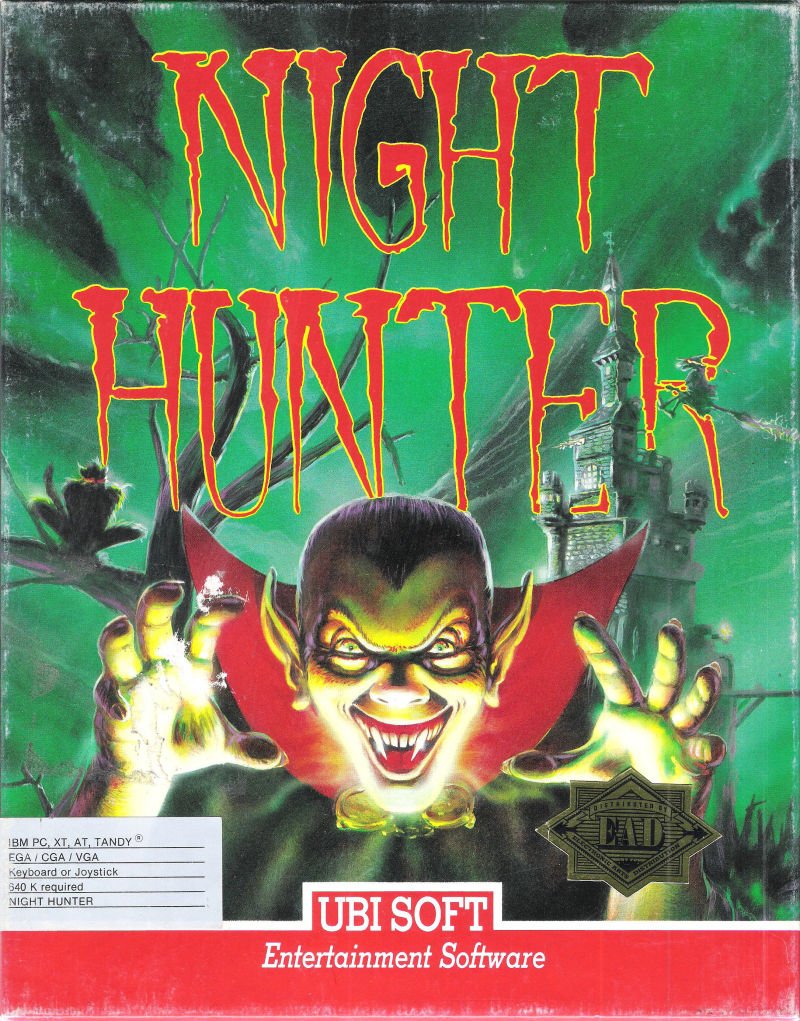 Great news for all the old video game lovers, now you can play the best Action game, Night Hunter launched by Ubi Soft in the year 1988 again. Play it online now.

Amazing (for lack of a better word) a platformer on the vampire theme.

The king of all vampires, bloodthirsty count Dracula, is born from the image of the Romanian Prince-the sadistic imagination of Bram Stoker, agitating the minds of creative people for over 100 years. A huge number of "novels-continuations", horror films and much more were created to make money on his name. Very often these products have been, shall we say, not the best quality. With the advent of games sharp-toothed count and stepped on the screen of our monitor, however, from the very beginning and till today he is our worst enemy, our goal is to destroy this fiend... But not this time.

I think the name of the game means that we will play Professor van Helsing or any of the dhampir (half man, the vampire) type of blade? Not at all. Meet: first and only once under your control on the PC – count Dracula himself! Down with the ideals of goodness and morality! Put an end to the power disgusting fellows! And Yes reign on Earth Chaos!

To achieve this original goal, our box (just in case – this is a port from the Amiga, so the graph drawn is so cool and looks so funny that the game from the outset can not be taken seriously) you need quite a bit: collect the six magical medallions that will allow you to step to the Era of Chaos.

The gameplay looks a little different from other similar platformers from a side view, but something interesting is there. First, the count. Not only that, by itself, strong and fast, and can (for a vampire after all!) to bite enemies and suck their blood, replenishing this stock of health, and at the same time to turn into bat and werewolf. The latter is not very nice: real vampires do not know this, on the contrary, they are very similar would be offended (however, the real werewolves like would offend even more), but it is what it is... Transformations such as at least amusing.

Second, the clear, so to speak, "structure" levels and their components. All clear to the smallest detail: 30 levels, 20 screens each, on every fifth level – we need the medallion (total, so there are six medallions). For passing each level need to find eight items: three scrolls and five keys.

Thirdly, the diversity of our opponents. This is where the author's imagination played out in earnest! Here and Transylvanian peasants and knights, and all sorts of graveyard monsters (oddly enough), and the priests with crosses and Holy water, and the London police, and some huge birds, and, of course, the heroic Professor van Helsing and his party. But the most terrible enemy is the dawn. If before the moment of sunrise (there is a special timer that shows the time) we don't find dark places to sleep, we will die.

Finally, not to mention a variety of gaming locations (though it's mostly space), and the General beauty of the games graphics. Recommended to all fans of good old arcade games, the main thing – not to take the game seriously. It's just a fun platformer, nothing more.