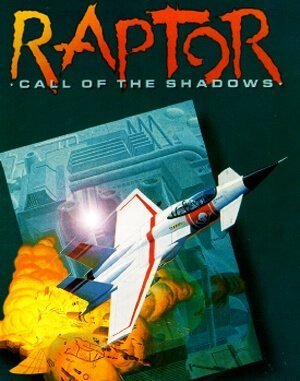 Raptor: Call of the Shadows

Click here to play Raptor: Call of the Shadows online
5.0 /5
"In the future a mercenary flying the advanced Raptor, is sent on interplanetary missions to destroy top competitors of MegaCorps."

Raptor is a vertically-scrolling shoot ’em up. It features smooth scrolling VGA graphics, a variety of enemies on ground, air and sea, and an original soundtrack.

After completing each level you have the option of upgrading your ship with a powerful arsenal of weapons and goodies. Some weapons are effective on only ground or air targets, while some are on both. There are some really advanced weapons like the auto-track mini-gun which can effectively destroy almost any kind of targets without aiming the ship.

Dying in shoot’em ups can be annoying, especially if you have to start all over the beginning. However, in Raptor you can save your game between each level. If you have enough credit you can even buy multiple shields for further protection.

The game is divided into three “sectors”: Bravo Sector, Tango Sector, and Outer Regions, all of which have nine sub-missions called “waves”, making for a total of 27 levels (9 per sector). The full version of Raptor allows players to start out in any of the three campaigns, though playing them in order helps the player to more easily accumulate money for weapon and shield upgrades.

Once a player beats a sector, they can replay it with all the money and weapons that they have accumulated. The difficulty is increased when the player does this however, e.g. if the player beats the sector on Rookie and replays it, the difficulty will be set to Veteran.

You can play Raptor: Call of the Shadows online here, in web browser for free!