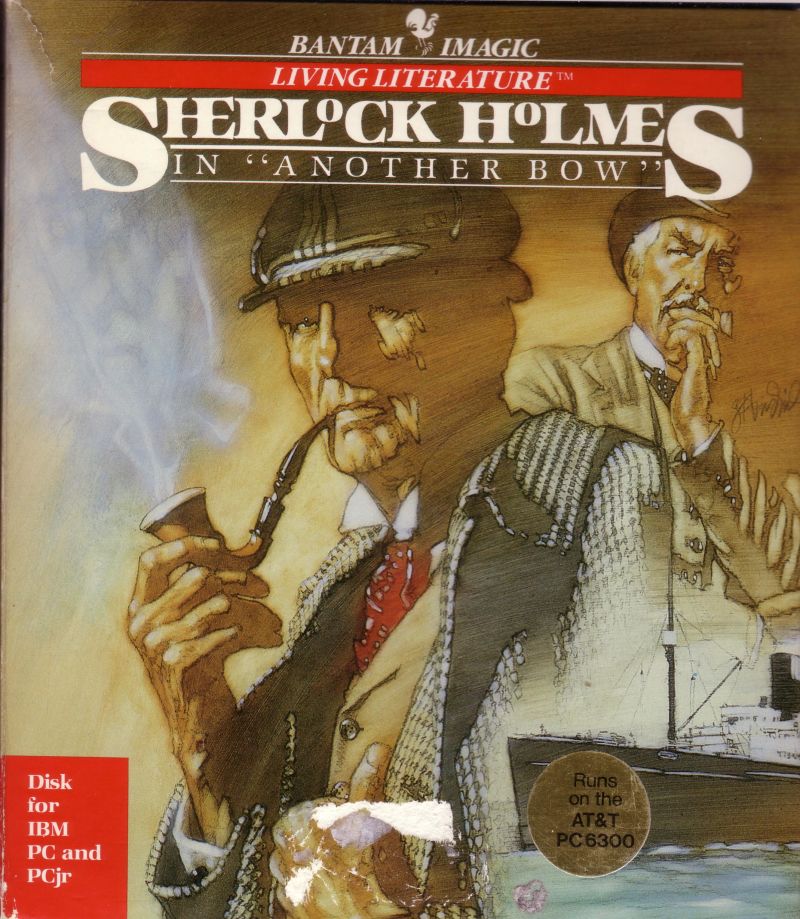 Bantam Software developed a DOS game in the year 1985 called Sherlock Holmes in "Another Bow". In the video game ranking, this game ruled the charts for a very long time. You can now play it again online by clicking here.

Sherlock Holmes in “Another Bow” description

A text adventure with graphics, about the adventure of the legendary detective Sherlock Holmes and his constant companion Dr. Watson (Watson), created by the imagination of British writer sir Arthur Conan Doyle. The game is not the epitome of any story about Holmes - but trying to reproduce their style and atmosphere.

The action takes place in 1919 after the First world war. An elderly Holmes and Watson go on a cruise on the boat with the speaker called SS, Destiny, where, in addition, is still a lot of people, including celebrities. One morning, Holmes wakes suddenly the steward with horror reports that the murder took place, asking them to follow him to the inspection of the corpse. Your task, naturally, will be to expose a killer among the passengers of the vessel (like a slightly expanded version of the "Murder in a closed room").

Play, however, will not Holmes himself (don't believe the descriptions!), as for Watson, helping the genius in the investigation (finally the doctor due to what you get!). All control is keyboard input text-based commands, limited by the ligaments of verbs and nouns. There are graphics - small picture in CGA-palette at the top of the screen, which managed to criticize even thirty years ago (!). In fact, they are not so bad, but no practical use are not and can be disabled. The text, fortunately, is most of the screen and relatively detailed - but this is hardly the level of a literary work, and especially this Maestro of the pen of Conan Doyle.

There are, however, three interesting points that distinguishes the game from such. First, in order to solve the final riddle - "Who is the killer", it will be necessary to solve the six "preliminary": the game is not going to be short. Secondly, in the course of action it is important to monitor the reputation of Holmes as the detective and a man and not ask him to do something bad (the game understands enough words, and theoretically unpleasant situations are possible here). Thirdly, although the process itself is not affected, but the atmosphere adds so cool on the ill-fated ship had gathered many historical figures of the first half of the XX century: Harry Houdini, Nikola Tesla, Lawrence of Arabia, Gertrude Stein, Pablo Picasso and even... himself Conan Doyle.

Overall - pretty good for an old text quest and should appeal to fans of the genre; the main thing - not to be at this game opinion on the stories about Holmes, if you haven't read at least "Notes". For book better, although this thing actually carries a piece of the charm and the "spirit" of the original.

Enjoy playing Sherlock Holmes in “Another Bow” online, it can be played on your browser and is free.

Ultima IV: Quest of the Avatar