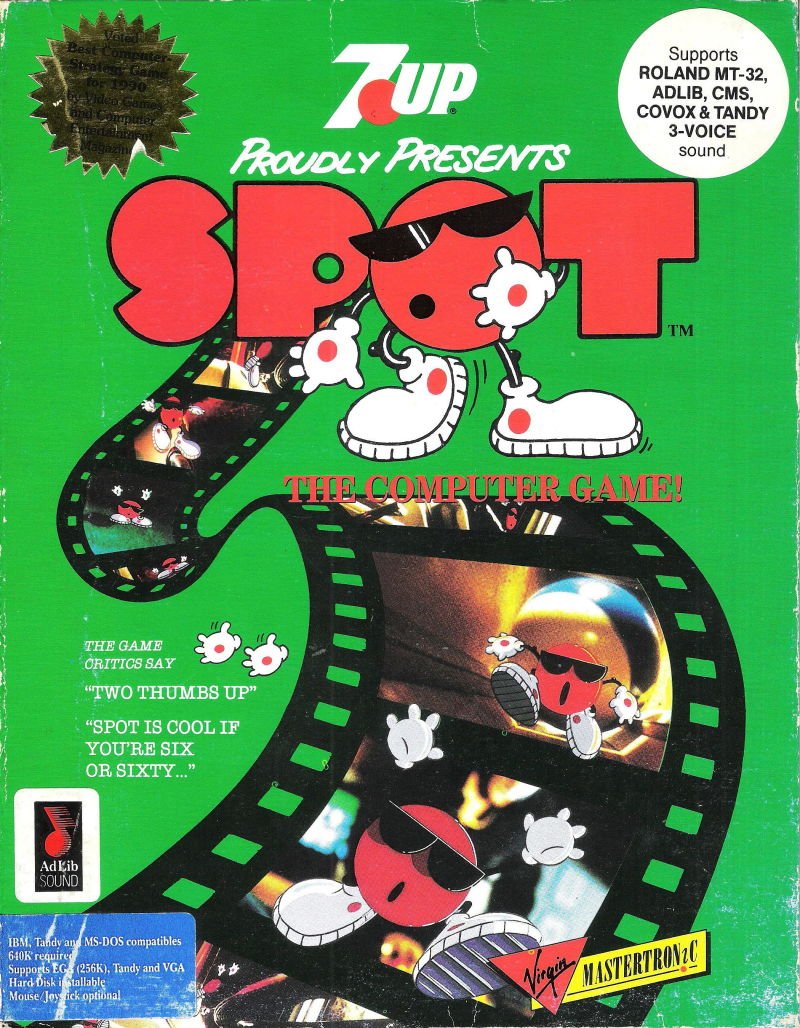 Great news for all the old video game lovers, now you can play the best Puzzle game, Spot launched by Virgin Mastertronic Ltd. in the year 1990 again. Play it online now.

The very first game, the hero of which was the "red tablet" - the symbol of the drink-pop "7-Up". However, in contrast to the much more famous "Cool Spot", now before us is not an arcade game and a puzzle.

The playing field cells. The player controls a red balls, the computer (or other player) – green. The goal is to repaint the balls of the enemy in its color. Repainting is carried out as follows: it is necessary somehow to move your ball to any empty cell, then all the balls of the enemy, located in the cells neighbouring the one where we moved the ball, become "our" colors (contact angles is also considered abroad).

Initially, the ball can move only in a small number of cells, but then he will be able to "jump" over all the cells occupied by the balls. The winner is the one who will repaint all the balls of the enemy or make it so that they will not be able to move anywhere to repaint other people's balls. The game is NOT limited in time, so that you can play for fun and to develop a variety of tactical schemes.

Separately want to note the schedule. We all know that she's in the puzzle not obsolete. But there is amazing for the genre feature is the abundance of animation with "pills"! Each time they jump from the opponent's corner to ours and Vice versa, each time you click, the tablet shows some amusing animation movements, each time different and dependent on movement (if, for example, moves to the next cell, the "tablet" will sneak in, but if very far, then jump on the pole, or ride on rollers). Verdict – a great (perhaps even one of the best) puzzles for recreation and entertainment, not tiring in which you want to play and play.

Relive your old memories by playing Spot free and online on your browser now.

PC-Sherlock: A Game of Logic & Deduction