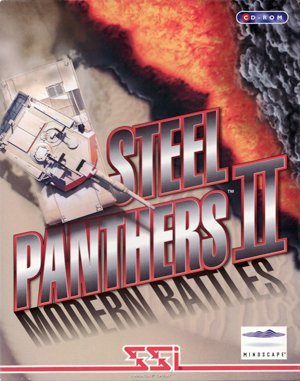 Beginning with battles fought in oft-forgotten Korean War, there are also campaigns taking place during the Yom Kippur War in the middle east, Operation Desert Storm, and fictional campaigns simulating WW III between the USSR and USA at the Fulda Gap in Europe, and potential future conflicts between the US and Communist China and Japan, respectively.

Additionally, the game shipped with more than twenty real and potential scenarios between an assortment of combatants including the US, USSR, various NATO and Warsaw Pact Countries, and Asian powers.

It is a turn-based strategy game, set on a map divided into hexagons. The basic game engine (graphics, user interface etc.) is nearly the same as in part one, with minor improvements. One important difference is the scale of the game: a bigger map, more units, which have more statistic values etc.

Included are six campaigns and a bunch of scenarios. An additional campaign generator is also included. The preset campaigns are:

X-COM: Terror from the Deep