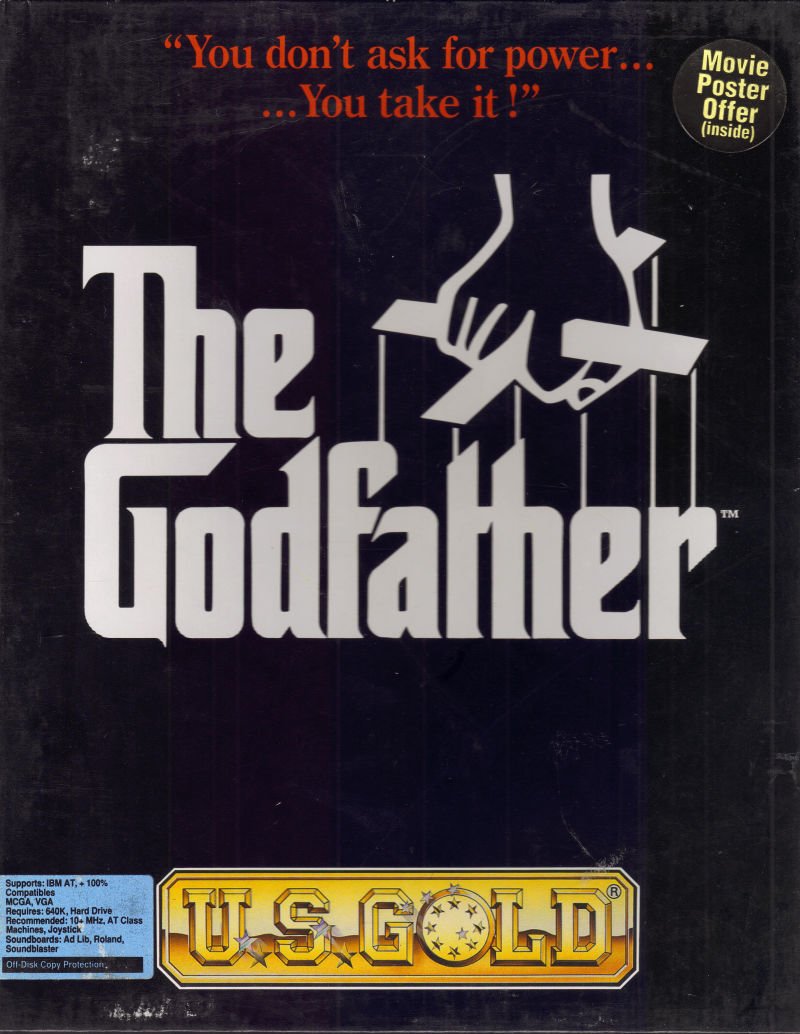 U.S. Gold Ltd. released a DOS game named The Godfather in the year 1991. If you are interested in playing this Arcade online, then click here.

Arcade shooter in the film "the Godfather", created in turn based on the novel by Mario Puzo.

It's amazing – it would seem to us ordinary arcade: because our goal is just to shoot those who have weapons, and not to shoot those who don't. Formal justification – we are fighting for its reputation: the murder of picotte of competitors will increase in the eyes of "families", the killing of civilians – will lower. Sometimes the game goes into "skirmishes", there is also the opportunity to fight someone with her fists.

But such a simple concept decorated with excellent implementation. First, a beautiful and diverse story inserts from portraits of members of the "family" and newspaper cuttings. Secondly, the process of beating the game before us consistently through five levels, indicating five decades in the life "family" - from 1946 to 1986. Third, amazing graphics varying from level to level, particularly beautiful at first, in the 40-ies. The true atmosphere of the mafia of America!

In short, if you love books and movies about the Italian mafia or themselves it has, then definitely try this game. Despite the simplicity (including the gameplay) is, in my opinion, the best gangster game.

Play your favorite childhood game The Godfather online in your browser for free here.