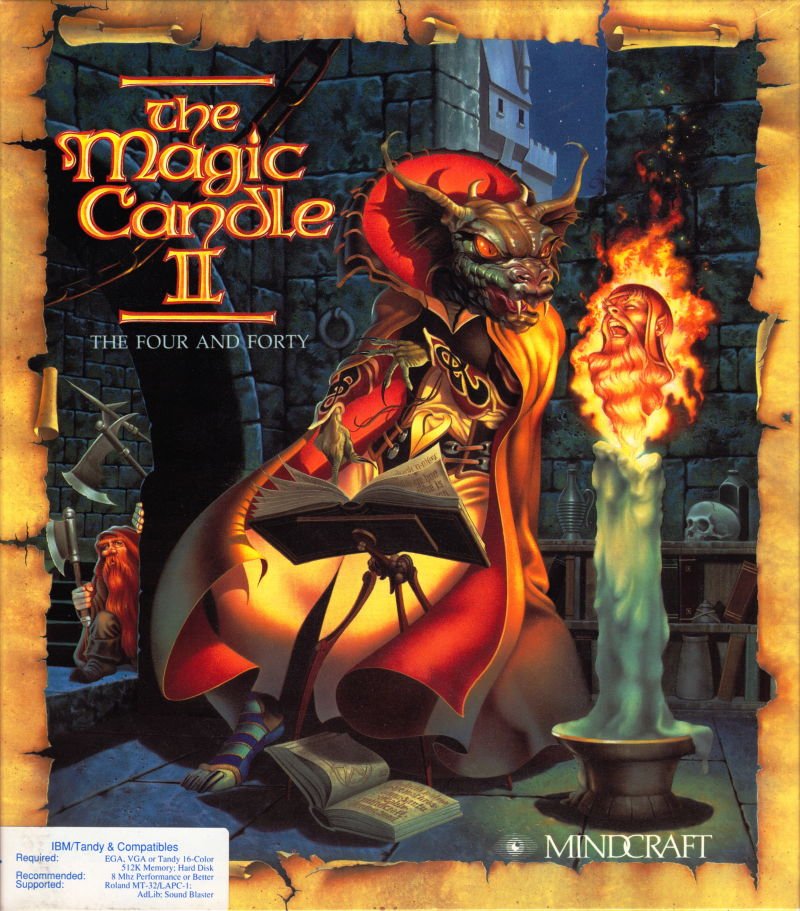 Click here to play The Magic Candle II: The Four and Forty online
5 /5

Great news for all the old video game lovers, now you can play the best Role-Playing (RPG) game, The Magic Candle II: The Four and Forty launched by Mindcraft Software, Inc. in the year 1991 again. Play it online now.

The Magic Candle II: The Four and Forty description

The Magic Candle II: The Four and Forty, the sequel to The Magic Candle. If You have already played the first part of this game and expect better graphics and more user-friendly interface, then hasten to disappoint You: the game's graphics were slightly improved, the game world looks much more clearly. Game panel was a stylized "under a rock", the command bar moved to the bottom right of the screen, and in its place stood an informative panel. Here, perhaps, and all changes in terms of graphics and interface.

But what is new will give the player the second part of this game? So, at the beginning of the game there are only three main types of characters: Ranger, bard, or warrior, all, both male and female. No matter who You choose, everyone can change their combat and magic skills.

Of course, you can hire mercenaries, but to use this feature in the game should be careful, because all the things You have them equipped, disappear without a trace, and return them back anymore. Your team can be more divided into subcommands, but You can control each character individually: to send it to a specific location to teach him. You can temporarily occupy a free place in the group with another volunteer, a mercenary, and later to bring back the original hero in his place in the group.

In addition, the game has a new thing called the mindstone, which You can monitor the progress of the missing team members. In the game you can dismiss party members who, after his dismissal, will return to the original position to the place where You hired. If necessary, you can return and hire a hero again.

A big step forward in the second part of the game is the introduction of the use of notebooks (with customizable level of detail), it automatically records the important events, conversation.

Existing four books of magic to be added for three new books. The first consists of new spells, which are used to stealth, stealth. The other book is a set of powerful combat spells. And the third book contains several contractionary to counter magic, and another interesting spell "Knowledge". You can also share spells with other mages.

Those familiar with the first part of this game, will be pleasantly surprised comfortable the game map dungeons, the countryside or cities. Collision with animals and robbers have become much more difficult due to the enhanced features of the universe: they are more intelligent, are better to wield weapons and magic, and generally become much smarter, so many tricks that are easily applied in the first part of the game, to work here will not be.

Yes, in General, and not necessary, as unlike many games of this genre, The Magic Candle II: The Four and Forty, the development of characters depends more on experience gained for completing quests and training, but not from a pure combat results.