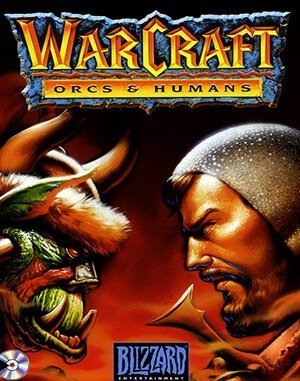 The Kingdom of Azeroth was relatively peaceful and ruled by King Llane. That was until a powerful mage named Medivh commanded forces that opened up a portal in the Swamp of Sorrow, leading to another world. This ushered in the Age of Chaos, as Orcs were summoned to this world and attempted to establish an empire. As the Orcish hordes swarmed from the portal, they met with the Humans of Azeroth and battles ensured. Peaceful co-existence is not an option. Only one race will attain dominance over the land.

By playing either the Humans or the Orcs in this saga, two separate story lines evolve with 12 scenarios per side telling the tale of the battle for Azeroth. Players must mine gold and chop wood in order to construct buildings and create new units. From swords to sorcery, all the elements of classic fantasy are here to explore: rich forests, dark dungeons and bubbling swamps await the stalwart troops amassed to fight for dominance. Command many unique armies and creatures including Knights, Archers, Clerics, Warlocks, Daemons, Elementals, and Necromancers who are able to raise the dead.

The multiplayer aspects of the game allow 2 players to challenge one another on over 20 custom maps and determine who is the supreme warlord. Head to head play is supported over modem, serial link, and IPX networks, and works cross-platform between the IBM-PC and Macintosh versions. 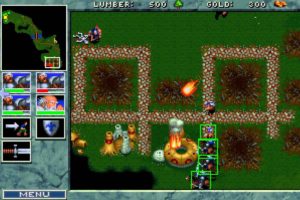 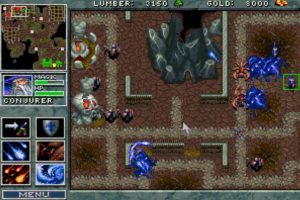 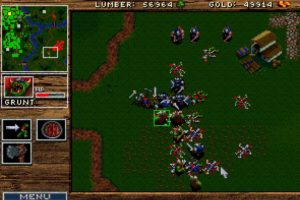 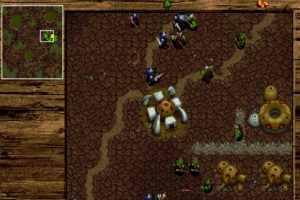