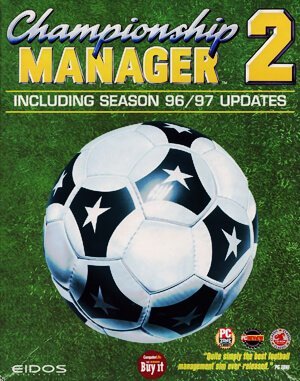 Click here to play Championship Manager 2 online
4.1 /5
In terms of the underlying gameplay, not a great deal had been changed since the original CM. The look and feel had been improved but it was still very much a text-based, menu-driven game and the user interface was almost identical to previous games, albeit at a much higher resolution.

CM2 is a football (known as soccer to some of you) management sim. Released fall 1995 as the successor of a fine line of various versions of the original Championship Manager, CM2 soon established itself as the benchmark game for football management sims. And it’s still highly popular. Despite the fact that the game consists purely of statistics and tables and no graphics at all, it’s extremely addictive, and you cannot avoid not getting hooked if you’re a footie fanatic.

Boasting endless features and an enormous depth, CM2 is just like managing an own, personal football team from the comfort of your own living room. Literally every famous and semi-famous player from all around the globe is featured, and it’s of course possible to transfer players to and from your squad in your neverending quest for the ultimate line-up.

The game is controlled by solely using the mouse, and the menus don’t contain icons or any flashy graphics — it rather goes for informative and in-your-face text boxes, CM-style. During matches, explanatory text explains you what happens through use of the same text boxes, and you can of course modify your team just like you want to, and use the tactics of your choice. If you find that playing with only the English and Scottish leagues somewhat weakens your interest, you’ll be pleased to discover that several foreign add-ons or stand-alone games are available. Once you get addicted, you’ll find that you’ll spend enormous amounts of time in front of your pc, and you’ll get somewhat disappointed when you discover that it’s impossible to play any further than 2025. Trust me, I’ve been there.

You can play Championship Manager 2 online here, in web browser for free!