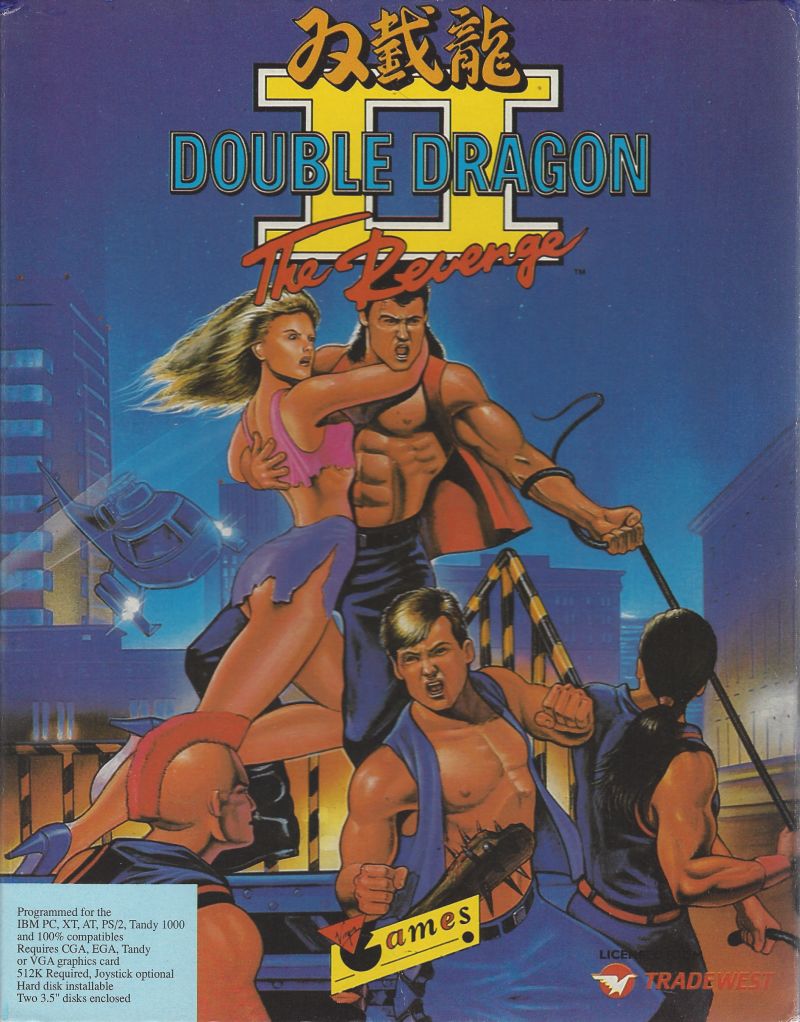 Developed by Virgin Games, Inc. in 1989, Double Dragon II: The Revenge is a perfect Action game which ruled the arcade for several years. You can now play it online here.

The continuation of the arcade Double Dragon – as the story and gameplay.

The game starts out very sad – despite the fact that at the end of the last part of Marian, beloved Billy was saved from the clutches of the "Black warriors", and the villain Willy defeated, soon the bandits for revenge still killed the girl. Now the brothers Billy and Jimmy, the master of the fighting style of Sou-Setsu-Ken, needs to take revenge on the scoundrels.

Gameplay is generally similar to the first part and is little different from the usual "beat-em-up", however, the contractions became much harder, and now, in order to defeat many enemies, it is not enough well-aimed blow, you have to come up with some combinations. From other innovations is the appearance of garnet as the available weapons and traps that complicate the gameplay.

The graphics have improved dramatically, but the "spirit" of the series has not disappeared, except that the second part itself looks like something more serious and darker (but this is due to the tragic plot). Verdict – at least no worse, and in many respects objectively better than the first part, all the fans should definitely play this game.