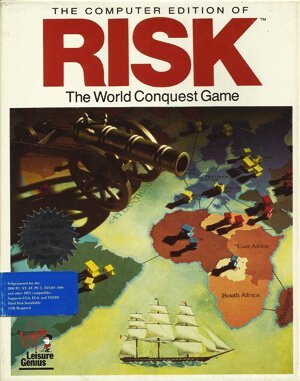 Click here to play Risk online
4.1 /5
Principle and the goal is to conquer the world using armies and destroy the opponents by gradual occupation and ruling their territory. You can play in Classic Risk mode, which is a version of the original board game and as in the original version, all battles take place in the period between 1792-1800, the map shows the original geographical names at this time.

Risk is a turn-based strategy video game based on the board game of the same name. Play Risk online!

Risk is a turn-based strategy game based on the board game of the same name. The players participate in a virtual world conquest: each player chooses a country to control, with the goal of engaging in war against the other countries, eventually dominating the whole world. The players are able to draft troops, build armies, move them on the map, and fortify their positions. Dice rolls are absent from the game; the victory depends on the player’s actions more than on luck.

You can choose between several game modes: UK full game, US full game, UK short game and US short game. Short games have a rule that ensures that the game go faster (in UK short version, for example, you can complete the assigned mission to win. US short game – you can try to attack your enemy headquarters and thus end the game).

You can play Risk online here, in web browser for free!