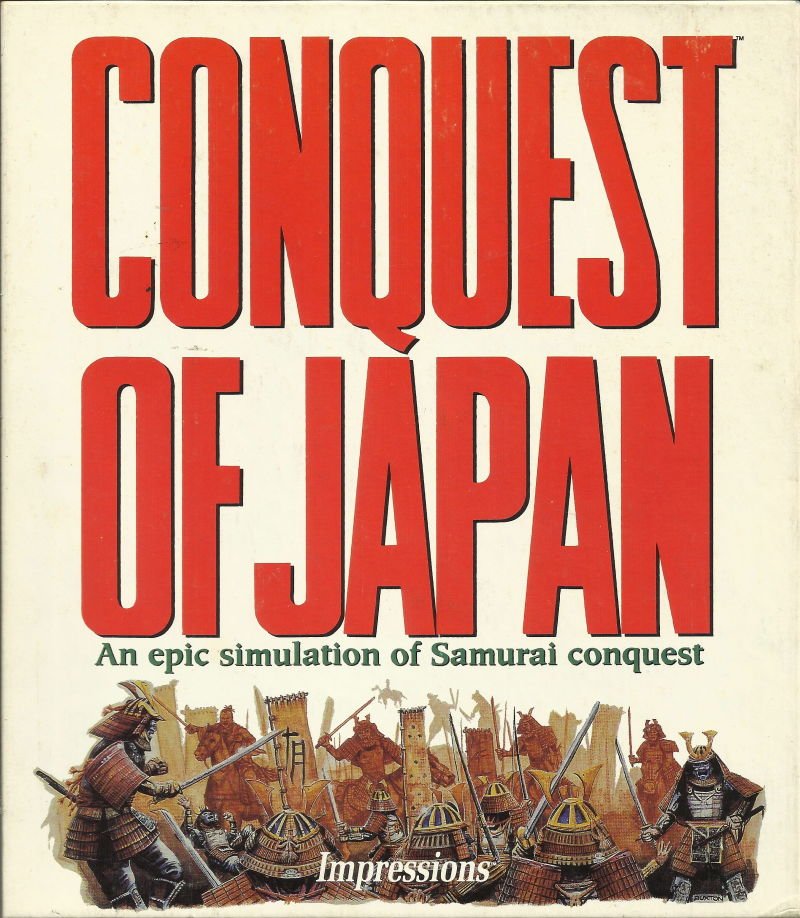 Your favorite game Conquest of Japan which was developed by Impressions in the year 1992 is now available online. Click here to play.

Military-historical strategy, dedicated to the era of "Samurai wars" in Japan in the XVI century, which is surprising – not complex, with a more than friendly interface and minimal conditions for victory.

Your task here is to combine at least part of the main Japanese island of Honshu, under the reign of your home. For this purpose it is necessary to have both subordinate to 10 cities, if this is done, then you won. And at the start of the game you already have 5 cities. Another thing is that they may be less...

The main thing in the game to study the strategic map showing the location of each city, and only then to build out their aggressive plans. The fact that each city has its own army, sometimes very numerous, which can be withdrawn from it and sent to the conquest of the other. But if the hometown army captured it, no matter how big and powerful were, automatically ceases to exist. I agree, this is a very serious and somewhat disappointing simplification of the gameplay, but it is. Actually, speaking of which, all is not so simple: Yes, you have the opportunity to avoid a collision with a numerically superior enemy, and then "kill" it without any loss by the capture of his native city, but the enemy army is not standing still and moving very actively, at the same time and watching over you. Bloodless victory is no more than a possibility, because you must calculate everything to get weakened by the absence of the army of the city precisely at the moment when the main forces will be out of it. And it turns out not always.

For fighting there is a special game mode – tactical (the main part takes place on the strategic map of the island of Honshu). Here you will have to give orders to units, to arrange them in different formations, to follow their morals... it would Seem that standard, but it prevents very beautiful graphics, and occasionally issued by the animated battle screens.

Graphics, by the way, really great even in strategic mode and tactical – even more so. Units drawn very clearly, and it's not just "figures", and very "real" samurai. The artists have worked on glory.

In General, despite the shortcomings (which, by the way, for someone not really flaws), Conquest of Japan is a great game, with a firm grip placed on her "fingerprint" of the Studio Impressions Games, thus what is depicted on its logo. If you do not like any simplification – the more "traditional" wargames. But still, in my opinion, play the game, which is made in the first place, in order that it could play as many people as possible, while truly beautiful, intelligent and historically accurate (at least partly), - a pleasure.

Enjoy playing Conquest of Japan online, it can be played on your browser and is free.