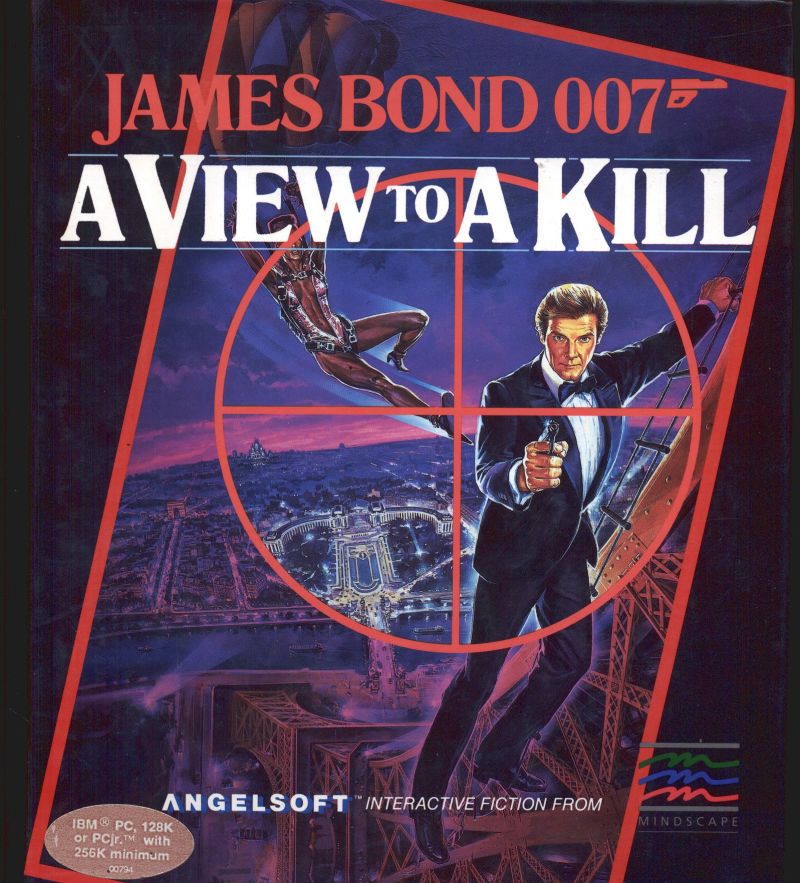 Mindscape, Inc. released a DOS game named James Bond 007: A View to a Kill in the year 1985. If you are interested in playing this Interactive Fiction / Text Adventure online, then click here.

James Bond 007: A View to a Kill description

Fully text adventure based on the eponymous film about the agent "licensed to kill" is originally from the UK named James bond. The plot of the movie is just the background for the game's plot and not all agrees with.

Due to the large number of "cranberry" will restrict ourselves to a brief narration: Soviet patriot Maxim Zorin has an important national goal: to destroy by the earthquake and then flooding the Silicon valley, which should allow the USSR to become a monopolist in the market of information technologies. Initially to stop him was agent 003, but as it turns out in a short time, he was killed somewhere in the mountains of Siberia. It was sent agent 007: his role is performed by you, but the Russians somewhere and at any time can kill you. And if you get out of Siberia, then they will easily be able to get you and Paris and even in San Francisco...

The game is terrible. And it's not just spreading the berry size, and - even in the first place - to artificially over-engineered game mechanics. There is a time limit, but not quite obvious: if nothing is done some time or even to do, but slowly (read: to think about what action to take, and sometimes - even too slow typing), will kill or in "best case" - the game will just be lost because, for example, you do not have time at the right time meet the right person. The office itself is standard enter commands with the keyboard, and the like and the syntax is quite rich, but synonymous, the game does not understand, and to understand that you need to enter to make it work, sometimes extremely difficult; the worst thing is that some of the cuts teams are perceived simply incorrect. It is worth noting that, in addition to action verbs, nouns and ligaments in this quest is important and sometimes critical role played by adverbs, pay attention to it.

No graphics, no sound - just white text on a black screen. The description, incidentally, of relatively detailed, but there was a little. Maybe someone such game will seem the height of difficulty, the "hardcore" and genius, but to recommend it to anyone, not counting the fans anything, but terribly complicated and (or) anything, but associated with the bond, will be a crime.

P. S. Although this is one of the few games in which our players not a shame to lose...

Wish to enjoy your afternoon playing some classic videogames? Play James Bond 007: A View to a Kill online for free here.