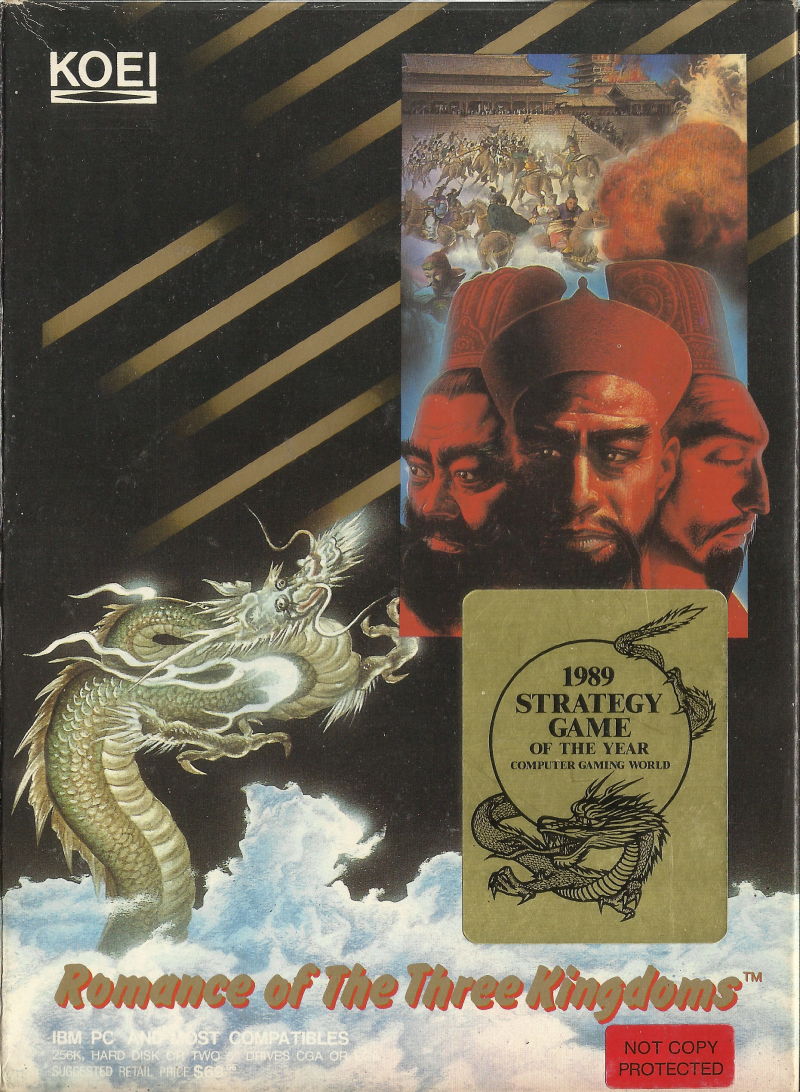 Click here to play Romance of the Three Kingdoms online
5.0 /5

Do you think old video games are boring? Play Romance of the Three Kingdoms, it is a Top-down perspective game developed by KOEI Corporation and released on DOS in 1989. You will then know that you were wrong.

Romance of the Three Kingdoms description

The first part of the cult of strategic role-playing series Romance of the Three Kingdoms, dedicated to the history of Ancient China.

"The rebellion of the Yellow Bandages" in 184 BC and followed after the other performances of the people and the local civil war led to the fall in the beginning of III century BC. e second (Junior) Han dynasty. At least outwardly unified powerful Empire of antiquity was divided into three large and many small kingdoms, constantly warring with each other. This period has received in history the name "three kingdoms Era". And at this time and the unfolding events of the game.

You have to play the role of one of the former Han generals, the purpose of which is to try to revive if not Empire, then at least part of it, uniting under his hand as much land as possible. Role-playing part of the game is to interact with many (several hundred, maybe more) characters, each of which is a real historical person (though this interest element can be present only for sinologists), strategic part – basic: develop the economy struggling with the aftermath of natural disasters, a lot of fighting along the way and weave all sorts of diplomatic intrigue (suddenly so will someone connect peacefully)? Of course, the gameplay is turn-based, there are modes of battle and global map (which, in turn, is divided into several others – for example, map of provinces, map of agricultural and other), you can even choose one of several scenarios for the game.

Graphics, as is traditional for games of the genre, ascetic, however, fans of the old turn-based strategy games should be like.

Tired of your same old routine, want to add some entertainment and fun element in hour life? Play one of the best videogame Romance of the Three Kingdoms online now and change your boring oold routine for good.