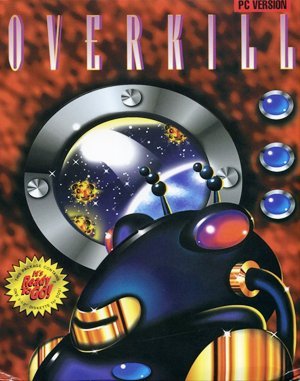 Click here to play Overkill online
5.0 /5
A vertical-scrolling shoot 'em up game for MS Dos developed by Tech-Noir and published by Epic Games in 1992, Overkill features six worlds and a wide variety of upgrade options as the player takes on hordes of alien invaders.

You arrive at your home planet after a long space flight, only to find it has been destroyed by a demonic warlike alien race that kills for sheer pleasure. Play Overkill online!

You are out for revenge. Your single-minded goal is to destroy the Battle Star. But before you reach him, you will have to battle your way through massive planets packed with danger and destruction. You can gain fuel, new weapons, and new parts for your space ship as you play.